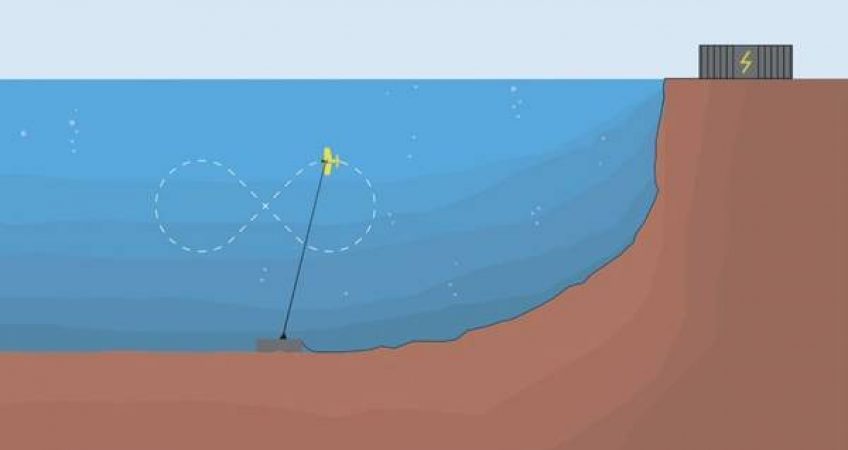 As a part of the ongoing commissioning work of its DG100 tidal kite system in Vestmannasund, Faroe Islands, leading marine energy developer Minesto has reached the milestone of delivering electricity to the Faroese grid facilitated by the Power Purchase Agreement with the utility company SEV. Following the installation of project infrastructure, including the foundation, export cable and onshore control station, Minesto installed and commenced commissioning activities of its 100kW DG100 tidal kite system in October. The DG100 system consists of the kite, tether, and the bottom joint. The bottom joint provides a pivoting connection point with the foundation, allowing the kite to fly freely in its optimised figure-of-eight trajectory. The DG100 commissioning progress means that Minesto now has initiated the process of generating renewable electricity from the tidal flows in Vestmannasund, using the Deep Green technology’s unique principle of enhancing the speed of the kite through the water to power homes connected to the Faroese grid.