SY Nikita outside the village Bøur 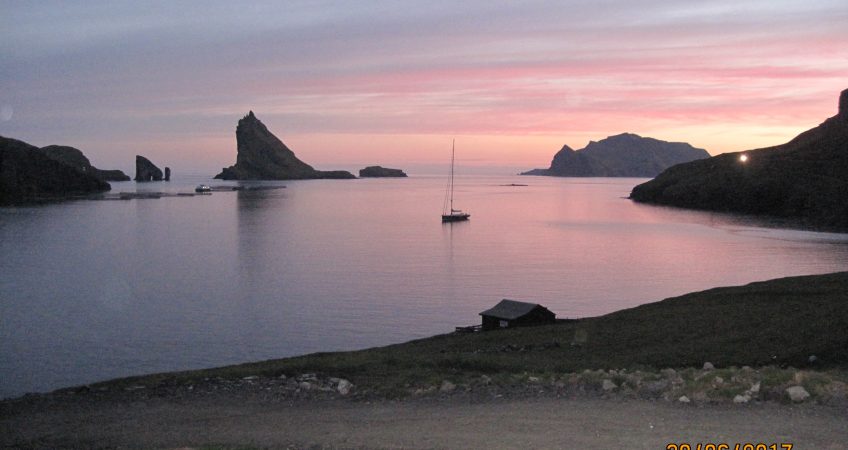 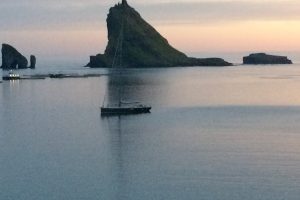 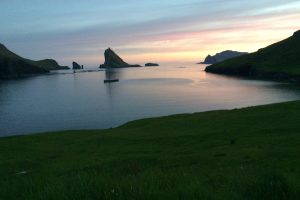 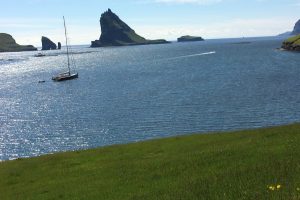 Bøur is a small village on the west-side of Vágoy on the north side of Sørvágsfjørður, Faroe Islands. It has a magnificent view over the sea and the rocky islet Tindhólmur with its many peaks, Gáshólmur and the two “drangar”, (tall, pointed clifftops sticking up from the sea). This motif is famous on many paintings and photographs.

The old houses in the village are bunched together with narrow lanes between them, and at the western end stands the cozy church, which was built in 1865.

Bøur is an ancient settlement and is mentioned in the so-called Dog Letter dating from 1350 AD, but it is probably older. The village is also mentioned as having a church in a document dated 1710, but it is not known when the first village church was built.